Neil Strauss was a New York Times reporter, and the author of a very successful book on how to pick up women that sold over 100,000 copies. So what was his next move?: To write a book about his experience in learning to become a survivalist. The book became Emergency. 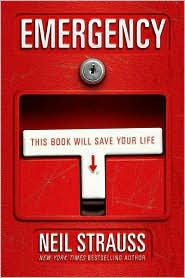