The Burning Hills: a Review

The Burning Hills is written by Louis L’Amour.  Mr. L’Amour wrote many novels, and is primarily known for his many popular western novels. 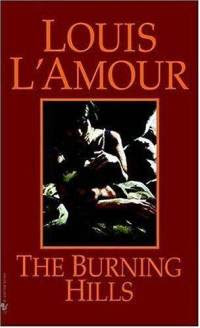 I have not ready of his work in a long time.  I cannot even recall which novels I read in the past, but I do recall that the characters and actions seemed rather “stock” or formulaic.  This was particularly disappointing in that I knew he took a great interest in trying to make his settings real to the time and place where the events take place.
Well the heroes and villains in the Burning Hills are still a bit one dimensional, the good guys are generally very good.  They are generally very self reliant, and there is an odd association between ones combat capabilities and virtue.  This is particularly odd as the bad guys, are often pretty competent themselves.  I will say that there are more “in-between” characters then you would normally find in a Western-with the bad guys often being more brutal than bad.
My purpose was to see if the novel would be a source of “rural” folklore and technique pertinent to more stressful situations than your typical guide to cross-stitching.
In general I would say that it does.  You of course have to pay attention, and write them down as they come, but they are there.  Items of interest discussed include:
1.       Horses
2.       Tracking
3.       Concealment
4.       Poison
5.       Traditional medicine
If the characters are at times a little larger than life, it does give a reasonable sense of the dangers of living in an area where there is no law enforcement, and well armed potential dangers.
He has so many western novels, I suspect that the folklore runs thin after a few.  But if you take them in the context intended, they are fun quick reads, and there is something to be said for that.
Posted by russell1200 at 5:00 AM