The warning about solar flares is not unusual.  What is unusual is that it comes from the Financial Times of London.  It has been known as the Pink'un because of the pale pinkish color of its physical copy paper.  I used to have it mailed to me.  The primary revelation to getting the European version of the Wall Street Journal was to fully realize that even in some of our times of completely foolish economic management:  the Europeans are completely crazy.
Anyway back to the warning:
The 11-year cycle of solar activity is quite variable and the present one is running late, with the next maximum expected in 2013.
The peak was not expected to be very strong but that should not cause complacency, said Tom Bogdan, director of the US Space Weather Prediction Center.
The most intense solar storm on record, which ruined much of the world’s newly installed telegraph network in 1859, took place during an otherwise weak cycle. An 1859-type storm today could knock out the world’s information, communications and electricity distribution systems, at a cost estimated by the US government at $2,000bn. Clive Cookson, Scientists warn of $2,000bn solar Katrina, Financial Times, February 20, 2011. 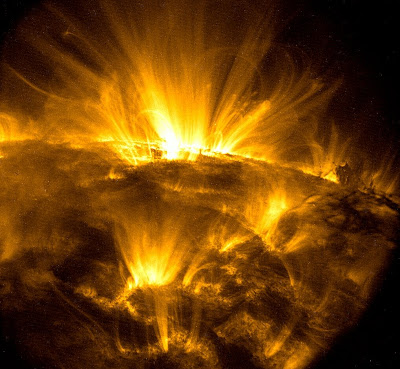