I Have Waited, And You Have Come: A Review

Martine McDonagh's I Have Waited, And You Have Come is a creepy near-future post-apocalyptic novel set in water logged, disease ridden Durham Massey (close to Manchester), England.  It takes place around the old city park area, where only a handful of households are now living. 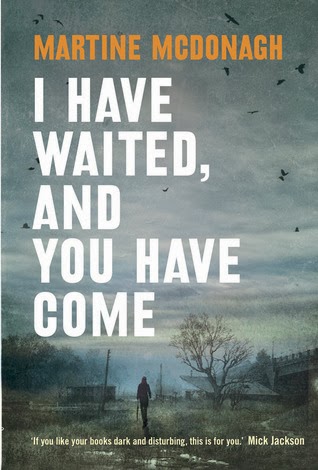 Martine McDonagh (per her bio)  has an MA in Creative Writing from Manchester Metropolitan University and has worked for many years as an artist manager in the music industry.  This was her first novel.

The story is an odd jumble of a story.  Told from the point of view of Rachel, a lonely woman, who has been abandoned, in unknown circumstances, by her boyfriend.  She seems to be slowly unraveling, as the world around her continues to slowly decay even further from its already collapsed state. As become clear as the story moves on, part of the reason that the 36 year old heroine, has survived long enough to narrate the story is that she was interested in the urban version of  prepping prior to the collapse.  But now her boyfriend has run off somewhere, and it is rather obvious that she is suffering from depression.

As narrated by Rachel, we never get an ideal, time-line style, recounting of how everything fell apart.  Global warming and an  at least partially linked pandemic played a major part.
And Rachel is not alone in feeling the effects.  Where did her boyfriend run off to? What is with the odd commune that lives in the big house nearby.  The collapse of society has left more than a few people loose at the moorings.

Where the story starts getting creepy, real quick, is that Rachel has picked up a stalker.  There is just enough civilization around, in the form of neighbors who would lend a hand, that the stalker cannot completely show his hand, but the chaos of the situation makes it difficult to figure out exactly what is going on.  You get narration from Rachel, and narration (of sorts) from the stalker, but neither of them have their wits about them, so it makes for a very strange tale.

Eventually Rachel gets a little out of her funk, and takes measures to protect herself, but it makes for a strange ride. One with an ending, that I have to admit, I did not foresee.  I did like the book, and it did finish up strongly.  But for a relatively short novel (181 pages) it is rather introspective and a little slow going at times.  Rachel's depression and funk, as they would be in real life, get to be a bit tiresome;  But its fun when she gets going.

Realism is very high. It is a collapsed near future.  There is a few remnant prepper items that Rachel has, but nothing extraordinarily high tech.  It becomes obvious that while Rachel was the prepper, it is here boyfriend who came to take more of a leadership role as the crises got going.  It is a seven.

It is a difficult read.  With so much confused narration, and slow lyrical pacing, it is not a fast, easy read: a literary 3.
Posted by russell1200 at 7:00 AM

Sounds like it might be a good way to spend a wet, cold day . Set up on the couch by the fire and read on.

Harry: If you like being creeped out in a wet gloomy British setting, it's perfect. LOL