Quinn Fleming's DMQZ is a post-apocalyptic novel set in dystopian remnant of the United States with a number of small urban remnant enclaves holding out in a world ravaged by engineered diseases. The action takes place on the orderly, but tightly controlled, Manhattan Island within what once was the Greater New York City.  Initially planned as a trilogy, the sequel to the novel is in the works. It is arguable whether this novel is sufficiently self contained to be considered stand alone, a somewhat annoying issue for a novel that does not bill itself as part of a series. 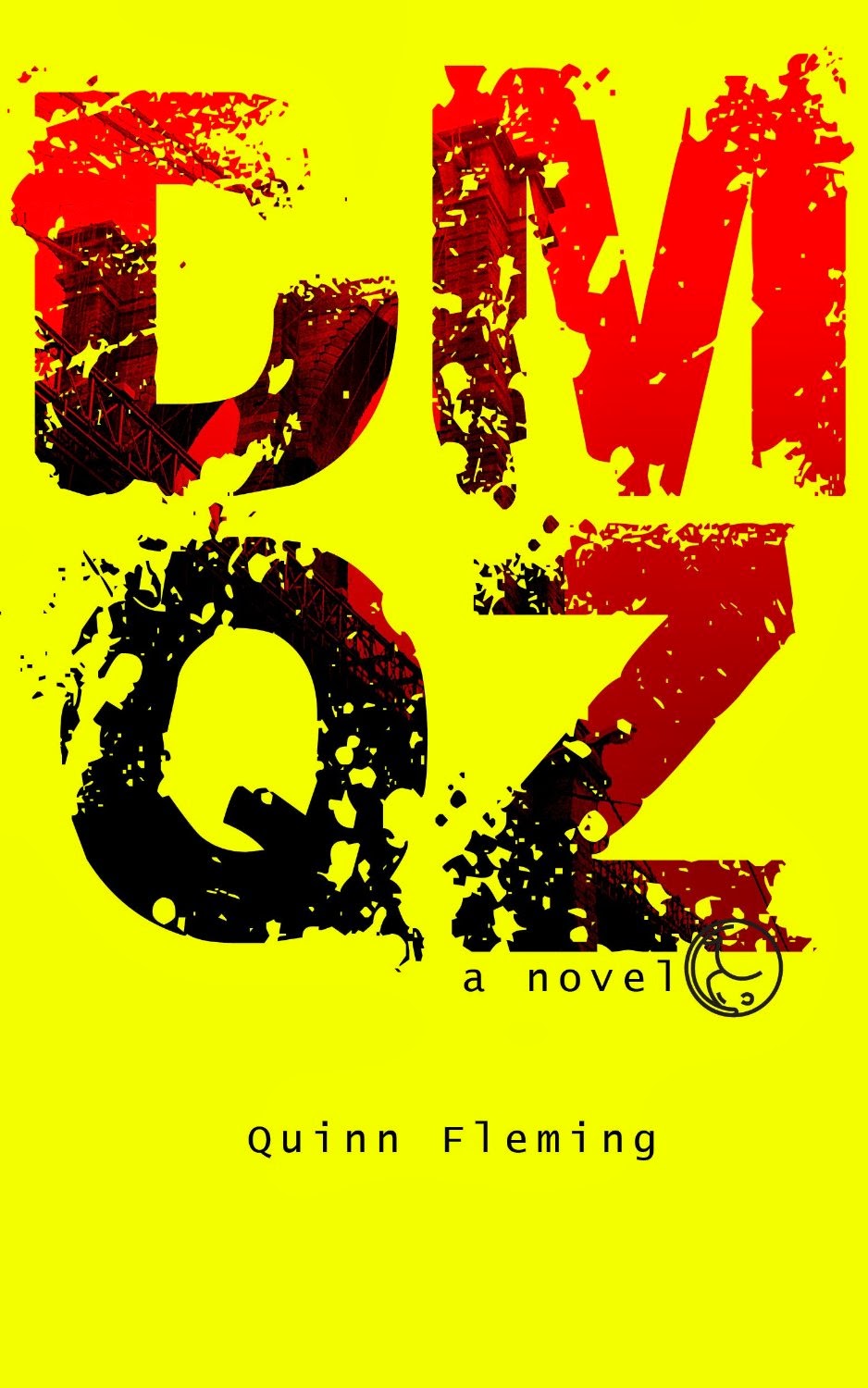 Quinn Flemming (1982-) per his official bio was born and raised in Maine, and is currently living in New York City. Based on the author's blog, he appears to be far more interested in the medium of television , than the novelistic world.
The blurb goes like this:

In the wake of the global pandemic known as the "little dormouse," the line between the Safe Zone and the Quarantine Zone divides New York City. The shores and waters of the East River are the "DMQZ," the uninhabited area that separates uninfected Manhattan from the slowly dying borough of Brooklyn.

Jacob Hale is a Manhattan police officer rising in the ranks of the Safe Zone military government until a bank heist gone wrong lands him on suspension and under suspicion. On a quest to clear his good name, Hale finds himself drawn into a web of conspiracy, terrorism, and revolt - and into the orbit of a mysterious woman who may be the key to it all.

Which makes it all sound a lot more like a high suspense mystery, when really it is lot more of an action adventure novel than anything else.  Granted it is set up to be something of a mystery-suspense, but the plot line pretty much follows a connect the dots path, and their is a lot more interest in the (at times sci-fi fanciful) action sequences.

Did I like it?  Some of the middle portions of the book, where the hero is chasing down a mysterious, beautiful woman, who he thinks is the leader of the bank robbers, is interesting.  But it just falls apart into comic book like action scenes.  But fatally, it is a relatively slow moving comic book.  If it kept moving, you wouldn't have time to see through all the holes in the plot, or you might be entertained enough to not care.  But it doesn't, so you do.  I don't recommend it.

Realism is roughly equivalent to a Judge Dredd comic.
So no, its not even remotely realistic.  The science fiction is fanciful, and the logic of the whole dystopian society is very sketchy.  It's a 1.

Readability is tougher in that it is a slow moving action adventure, with what little subtlety it had in the middle ranges of the novel, being washed away by the cartoonish final sequences.  It is a 4.