Caught in a Still Place: A Review

Jonathan Lerner's novel,  Caught in a Still Place, features a small group of survivors in a post-pandemic, globally warmed, post-apocalyptic land-tied island along the Florida Gulf Coast.  The survivors are a motley group of folks who through remoteness, and some luck, have survived the great depopulating event. 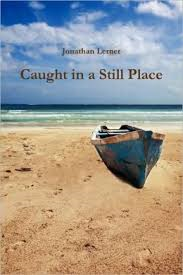 Jonathan Lerner, per the back of the book blurb, writes on art, architecture, urbanism and travel for national magazines from his home in Atlanta.  He has made claims to be a "founding" member of the Weather Underground.  The centrality of his role is unclear.  He certainly was around (See FBI bio starting on page 318, his participation with the early Venceremo Brigade trips to Cuba (second trip on page 132 and see lists of loyal WUO followers on page pdf page 378 and 382) indicate this statement to be true.  Many years later when writing of his experience (hat tip) in 2002 in the Washington Post Magazine, heFor most Weathermen, he wrote in the article, "the legal consequences were negligible. We came to in a daze," he wrote. "We crawled off to lick our wounds, learn to be responsible grown-ups — hard work, for the inexperienced — and come to terms with what we had done."  The full text is (here).  Not all of which is relevant to our story here, but it certainly is an unusual bio.

The novel deals with a number of subjects that many will be uncomfortable with. Julian, the narrator, is a gay man who has lost his partner, and has had a heterosexual awakening in the presence of  young woman who is the only unattached survivor in his age group.  Many of the characters in the group are having severe adjustment issues to dealing with lost loved ones.  Although there is some concern with the possibility of danger coming from outside groups, the main challenge is simply creating a functioning social setting amongst the survivors.

The book's calm, relaxed pacing matches the isolated, beach environment.  There is not a ton of action, but there is a lot of tension about how the situation is going to resolve itself.  And with a number of aging survivors (this is Florida after all), and no medical facilities, there is a potential for causalities.

It is a relatively quick (108 pages), entertaining read.  Given the odd cast of characters, the author did a good job of not wandering off into the politically correct weeds.  So yes, I did enjoy it.  There is not a lot of plotting to discuss, just the tension of people living, and trying to live their lives, without falling apart, in an unusual setting.

Realism is relatively high.  Granted the concern for supplies is muted by the large amount of salvage and small remaining population, but it is does exist.  As noted, medical issues are not ignored, and that the survivors choose to survive by hiding from outsiders strikes me as being fairly reasonable.  With only four able bodied adults at the start of the story line, combat is not a great option: a six.

Readability is straightforward.  Almost a novella, the storyline is quick and to the point.  Not a page turner, but with relatively few pages, it still moves quickly:  a 5.
Posted by russell1200 at 7:00 AM