Thomas Koloniar's Cannibal Reign takes us back to one of the great original doomsday devices:  the meteor strike.  It's big, it's fast, and it is headed right at us.  A couple people find out early, and can plan ahead, but when word leaks out it's just (non-zombie) mayhem. 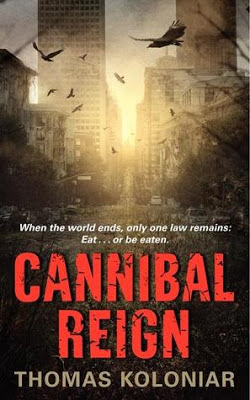 Thomas Koloniar, is a retired sheriff's deputy (Akron, Ohio), is an Iraq War veteran who has been writing for some time.  With a degree in English Literature from the University of Akron and a minor in creative writing, he has written five novels, but this is the first one published. He is currently living in Mexico  (source interview). 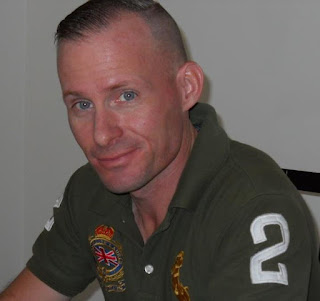 I want to thank you for your reviews. I can't believe how many times you come up with stuff I've never heard of. Ordered this one from your link.

Pioneer: Yes, I think you would like it. Most of the PA action is west of you though. It's always fun when a PA novel occurs in your own neighborhood. With so many writers in LA, I think that is why Hollywood has been toasted so many times.

Jim: I do auto-searches on varies derivations of ~apocalyptic novel. I pick up some real under the radar screen ones that way, and oddly enough, some of the more main stream literary ones as well. The only thing missing from this one is bolt action rifles, and some stew pot recipes - LOL!

Spud- LOL Now remember I intend those as descriptive not qualitative rankings.

Teds Woodworking has more than 16,000 woodworking plans with STEP BY STEP instructions, photos and blueprints to make every project easy and simple...