Moral Decay is a frequently sited contributing cause of societal collapse.  What is Rome without Nero fiddling.  The 666 noted in Revelations is likely Nero-whose name numorologically adds up to (you guessed it) 666.

The falseness of the diplomacy mills that our higher education facilities have become is rather obvious.  Granted, you get out of school what you put into it, but at some point their should be a little more substance than this.

From the Ed Dante, The Shadow Scholar , Chronicle of Higher Education

And to think I felt a little guilty, in pre-destop pc days, about having someone typ up the papers I had written myself. 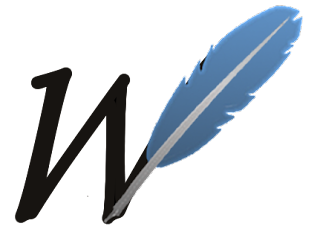 I do a lot of work for seminary students. I like seminary students. They seem so blissfully unaware of the inherent contradiction in paying somebody to help them cheat in courses that are largely about walking in the light of God and providing an ethical model for others to follow. I have been commissioned to write many a passionate condemnation of America's moral decay as exemplified by abortion, gay marriage, or the teaching of evolution. All in all, we may presume that clerical authorities see these as a greater threat than the plagiarism committed by the future frocked.

With respect to America's nurses, fear not. Our lives are in capable hands­—just hands that can't write a lick. Nursing students account for one of my company's biggest customer bases. I've written case-management plans, reports on nursing ethics, and essays on why nurse practitioners are lighting the way to the future of medicine. I've even written pharmaceutical-treatment courses, for patients who I hope were hypothetical.

I, who have no name, no opinions, and no style, have written so many papers at this point, including legal briefs, military-strategy assessments, poems, lab reports, and, yes, even papers on academic integrity, that it's hard to determine which course of study is most infested with cheating. But I'd say education is the worst. I've written papers for students in elementary-education programs, special-education majors, and ESL-training courses. I've written lesson plans for aspiring high-school teachers, and I've synthesized reports from notes that customers have taken during classroom observations. I've written essays for those studying to become school administrators, and I've completed theses for those on course to become principals. In the enormous conspiracy that is student cheating, the frontline intelligence community is infiltrated by double agents. (Future educators of America, I know who you are.)

F$%^%ng awesome (i didn't have to pay anyone to write that, or to take out a loan)

Hey Mr. Russell1200, I have a question for u, as I always enjoy hearing yr point of view though often I reject it ;)

I realized recently that the reason I have not been busting my ass hard enough to really make a go of being a full time vegetable grower is basically that it was something that seemed right when I had the team (which is no more) of my ex-wife and me. Growing a few things will still be a side thing that more than pays for itself, but I've decided to go back to being a computer programmer after 10 years.

I hate universities and debt.

I am a very good hand in some languages that are still used, but since I dropped out of OSU as a senior to work a dot.com job, I have no certificates.

I've started three companies in my short timeon Earth, and I know damn well I don't have the gumption at the moment to do the easiest work around the credentials problem, which is just to start a business doing the thing u need creds for (the government doesn't cert most programmer work).

That basically leaves me going back to school with loans at a time when I really doubt the economy has anywhere to go but down for another 5 years at least.

I last returned for a quarter in 2004 after 5 years working construction and was absolutely floored by how much more cheating and laziness was on display by both students and faculty. Floored. Same school, same program, even one of the same instructors. Things had gotten so bad that a TA proctor at a final actually told me to shut up when I complained that the volume at which my fellow students were cheating was preventing me from being able to concentrate on my exam. I was running two crews 150 miles away by cell phone 3-4 days a week then driving home to work in person the remainder of my time, but my lord did the brick halls seem like a waste of time.

The only course I learned jack shit from was a wrestling p.e. class, and that's preoccupies me to this day, but it does not pay.

Any advices? Thanks for your time.

I often find that in time, an idea I rejected comes to have more merit than I first thought. But unless you are some sort of follow-the-leader-drone you are going to take those ideas and shape them relative to your experience. Most of my posts have at least try to bring some additional background to the table because my opinion in of itself is of very limited value.

When I took some addition classes at my alma mater I was not overwhelmed. They are pretty much a research school (aka supplying grad student slaves) for business, and really don't care much about regular students.

This is speculative, so take it for what it is worth -some of them may somewhat at odds with each other:

The longer you stay away from studying a technical area, the more you will have to back up and relearn.

When I am paying for my own education, I like to get my monies worth and actually learn something.

Occasionally there are back door ways to pick up the needed credits and still get your diploma from the original school. In the North Carolina System, the easiest way to do this is go to another UNC system school. I have found summer classes at traditional calender schools to be easier because they are faster paced.

The computer field seems to be more certificate and degree driven than at one time. That would not be too surprising, because it is becoming a more mature technology. However, as with construction, it is often more important to know people than to have "qualifications."

I am with you on the debt and not liking formal education setting. What I think I would at least try is to see if I could at least get some sort of work within the field I am going to, and see if I can work out some arrangement to get my degree/credentials while I work for them.

One way to get your foot in the door is to let them know you would be willing to work part time. It lets them try you out with less commitments, gets relevant job experience-resume padding, and gets you at least some money.

Don't feel too badly if you have a hard time. A lot of people are. But because you have operated business you probably have more contacts than most of your competitors in the job market. Most of them will also be a do-it-by-the-numbers type of people. I would use every contact and half-contact I had to let people know what I was trying to do. Since everyone else is answering classified ads and sending out blind resumes that is likely to be the hardest way to find work.

I hope that helps.

The reminder that summer classes are faster paced is good, not to mention timely. The networking thing is what has always worked for me. Only ever landed 1 job through the cold resume process, and that company ended up stiffing me for several months pay.

I recently had a job in insurance where I bent the hell out of some rules and did some amazing things with their database. My management was surprised, amazed, grateful, frightened, and had to let me go, but those contacts are still good.

Many large institutions are saddled with software infrastructure from the 1980s or before, and nobody wants to learn it, but unlike web design stuff those skills have a longer shelf life, and I enjoy the gnomish aspects of the old systems. The hard part was dealing with the 55 year old ladies whose jobs I was automating away. Some kind of Luddite I am. Methinks he doth protest too much! But I tried to give the hairspray-acrylic-nail-drone crowd the "keys" to what I made instead of their superiors. They didn't want them, so then I showed middle management the money I found and the time I could save them. It was strange to see them also not want to improve their own systems. I like to hate on executive types in theory, but one begins to see reason in their behavior. Stockholm hommies.

I used to have gumption to spare. In the space of a couple years, after not getting paid for some very fine buildings, making a 7 acre farm appear out of thin air for a wife whose dream it was dump me, making possibly close to a million dollars of improvements for an insurance giant and then they let my contract run out, after all that I have spent almost a year like a zombie who literally forgets to tie his own shoes.

That sir, is why I belong in school. I am now half-brain dead like everbody else, and school is where the brain dead belong. Perhaps I can become an instructor and help hobble tomorrow's promising youth! Just joking. Kind of. Ha!

I tell you what, I had an awesome junior high math teacher who taught very well, even encouraged the girls to learn math. He'd sneak u a chew if were discrete about it, and he was the school's wrestling coach. Mr. Bill Upton was (is?) a badass, and he was smart enough to break the rules without getting fired.

P.S. Bill would be about 70 now, so he is safely retired & I can tell that story without getting him in trouble.

Thanks for yr time Russell1200