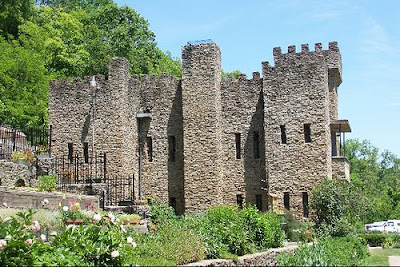 10th Century Style Castle
The people in the year 999 were greatly concerned about the world coming to an end at the start of the new year.  Although Roman Empire in the East (which historian, but not contemporaries, referred to as the Byzantine Empire) was still around, the West had fallen low indeed.   If you use the tradition date of 476 A. D. for the fall or Rome, they had had 523 years to recover, and appear to have made little progress.
from Richard Erdoes, AD 1000: Living on the Brink of the Apocalypse, 1988 p 5-7.

The tenth century has been called the Century of Lead and iron.  The barbarian invasions were not yet finished; Europe was still besieged with horde after horde continuing to fling themselves against its walls.  Western Europe was beset on all sides by fanatic Saracens, Spanish Moors, Thor-worshipping Vikings, pagan Bulgars, and fierce Magyar horsemen-proverbial Scourges of God.  Christian barons slaughtered each other with a vengeance over a piece of land, killing their enemies’ serfs –men, women, and children to weaken them economically, burning villages and crops, and cutting down fruit trees for good measure.
In Rome rival popes imprisoned, starved, mutilated, castrated, blinded, and assassinated each other.  Sons murdered fathers, husbands killed wives, sisters fought brothers for possession of a castle or manor.   As early as 909  Archbishop of Rheims, lamented, ”The cities lie in ruins, the monasteries are burned or destroyed, the country far and wide reduced to a lifeless desert. Like first people of earth, men live without law and fear of punishment, abandoning themselves to their passions.  Were everyone does as he pleases, defying the laws divine and human, as well as the orders of their bishops.  The strong oppress the weak.  Everywhere  there is violence against the poor who are helpless to resist-and equally helpless the churches and cloisters who cannot defend what is theirs…
Violence, however, was not the only source of fear.  Recurrent famines added to the general misery. The result of the new invasions-as well as of feudal wars-was a terrible decline of agriculture…In certain years famine became general; it happened  at least five or six times during the century.  Starvation wandered ceaselessly from one region to another …
The famines…resulted in widespread cannibalism.  Parents ate their children.  Robbers not only waylaid hapless travelers, but also devoured them.  Glaber relates tales of hosts murdering their guests for their flesh.  He mentions parts of human bodies sold on markets and buried corpses being dug up and rousted.   He tells of starving people easting unclean beasts and creeping things.  A man who sold human flesh on the market of Tournus was strangled and burned.  Another wretch who dug up the man’s corpse and cooked it was burned at the stake.  A charcoal burner installed himself inside an abandoned church and murdered and ate persons who went there to pray.  A husband and wife who stopped there to ask for shelter surprised the cannibal, who was surrounded by forty-eight human heads while gnawing on the forty-ninth.  The pair managed to escape and report their grisly discovery.  The culprit was caught, smeared with pitch, and set aflame.  People found themselves reduced to eating earth.
Wars and famines were followed by epidemics. “At this time a horrible plague raged among men, namely a hidden fire which consumed and sloughed off all the limbs of the body it attacked.  A single night sufficed for this frightful evil to entirely devour its victims.”  This might very well have been the dreaded St. Anthony’s fire which, all during the Middle Ages, killed thousands of people. It was caused by Ergot, a fungus of the rye plant not easily detected by the naked eye. People eating bread made frome diseased ryw first experienced a tingling sensation, as if thousands of ants were crawling over their bare skin.  In severe cases, affected gingers and toes gangrened, turned black, and fell off. This was sometimes accompanied by respiratory failure, hallucinations, madness, and death.  For this and other diseases of the Middle Ages there were no remedies and not even a way of diagnosing the cause.  Medicine was still mainly a matter of magic, and treatments were determined by grotesque superstitions. Illness was usually looked upon as divine punishment or the effect of malevolent forces.
While some saw the approaching doom in signs and portents, others were convinced by Scripture, quoting Revelations:  “And when the thousand years are expired, Satan shall be loosed out of his prison, and shall go out and deceive the nations which are in the four quarters of the earth, Gog and Magog, to gather them together to battle: the number of whom is as the sands of the sea.”
Many trembled at the prospect,, but others rejoiced in the knowledge that the Second Coming was near. The Empress Adelaide told Odilo, Abot of Cluny, ”As the thousandth year of our Lord’s becoming flesh approached, I yearn to behold this day, which knows no evening, in the forecourt of our Lord, I want to be dissolved in Christ.” 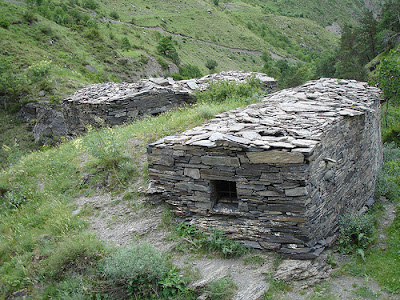 Tombs of Plague Victims from the Middle Ages
Posted by russell1200 at 4:42 AM