How Bad Was the Roman Collapse 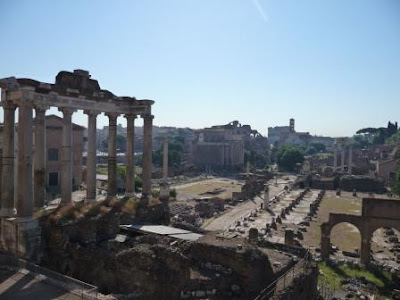 Ian Morris in  Why the West Rules  notes that the Roman Empires per capita energy usage in the First Century was ~31,000 calories…it is very clear that Romans ate more meat, built  more cities, used more and bigger trading ships (and so on and so on) than Europeans would do again until the eighteenth century. P 157.
That is all very nice, but what exactly did this entail.
Ward-Perkins, Author of  The Fall of Rome and the End of Civilization   continues:from

…the mass of archaeological evidence now available, which shows a startling decline in the western standards of living during the fifth to seventh centuries. This was a change that affected everyone, from peasants to kings, even the bodies of the saints resting in their churches. It was no mere transformation — it was decline on a scale that can reasonably be described as ‘the end of a civilization’….
The reason the Romano-British economy collapsed so dramatically should give us pause for thought. Almost certainly the suddenness and the catastrophic scale of the crash were caused by the levels of sophistication and specialization reached by the economy in Roman times. The Romano-British population had grown used to buying their pottery, nails, and other basic goods from specialist producers, based often many miles away, and these producers in their turn relied on widespread markets to sustain their specialized production. When insecurity came in the fifth century, this impressive house of cards collapsed, leaving a population without the goods they wanted and without the skills and infrastructure needed to produce them locally. It took centuries to reconstruct networks of specialization and exchange comparable to those of the Roman period.
The more complex an economy is, the more fragile it is, and the more cataclysmic its disintegration can be. Our economy is, of course, in a different league of complexity to that of Roman Britain. Our pottery and metal goods are likely to have been made, not many miles away, but on the other side of the globe, while our main medium of exchange is electronic, and sometimes based on smoke and mirrors. If our economy ever truly collapses, the consequences will make fifth-century Britain seem like a picnic.
The economic indicators for fifth-century Britain are scanty, and derive exclusively from archeology, but they are consistent and extremely bleak. Under the Roman Empire, the province had benefited from the use of a sophisticated coinage in three metals – gold, silver and copper – lubricating the economy with a guaranteed and abundant medium of exchange. In the first decade of the fifth century new coins ceased to reach Britain from the imperial mints on the continent, and while some attempts were made to produce local substitutes, these efforts were soon abandoned. For about 300 years, from around AD 420, Britain’s economy functioned without coin.
Core manufacturing declined in a similar way. There was some continuity of production of the high-class metalwork needed by a warrior aristocracy to mark its wealth and status; but at the level of purely functional products there was startling change, all of it for the worse. Roman Britain had enjoyed an abundance of simple iron goods, documented by the many hob-nail boots and coffin-nails found in Roman cemeteries. These, like the coinage, disappeared early in the fifth century, as too did the industries that had produced abundant attractive and functional wheel-turned pottery. From the early fifth century, and for about 250 years, the potter’s wheel – that most basic tool, which enables thin-walled and smoothly finished vessels to be made in bulk – disappeared altogether from Britain. The only pots remaining were shaped by hand, and fired, not in kilns as in Roman times, but in open ‘clamps’ (a smart word for a pile of pots in a bonfire).
For two or three hundred years, beginning at the start of the fifth century, the economy of Britain reverted to levels not experienced since well before the Roman invasion of AD 43. The most startling features of the fifth-century crash are its suddenness and its scale. We might not be surprised if, on leaving the empire, Britain had reverted to an economy similar to that which it had enjoyed in the immediately pre-Roman Iron Age. But southern Britain just before the Roman invasion was a considerably more sophisticated place economically than Britain in the fifth and sixth centuries: it had a native silver coinage; pottery industries that produced wheel-turned vessels and sold them widely; and even the beginnings of settlements recognizable as towns. Nothing of the kind existed in the fifth and sixth centuries; and it was only really in the eighth century that the British economy crawled back to the levels it had already reached before Emperor Claudius’s invasion. It is impossible to say with any confidence when Britain finally returned to levels of economic complexity comparable to those of the highest point of Roman times, but it might be as late as around the year 1000 or 1100. If so, the post-Roman recession lasted for 600-700 years.

Switching to Chris Wickham in  The Inheritance of Rome (p151)

Britain faced economic meltdown in the early fifth century, after the withdrawal of Roman armies and the end of the Roman provincial administration around 410. ..Britain effectively fell off the Roma map…by 450 at the latest, villas were abandoned, urbanism had virtually ended, the countryside was partly abandoned around the old military focus of Hadrian’s Wall and all large-scale artisan production had ceased...

In noting that he  names this particular chapter: Kings without States: Britain and Ireland, 400-800 he states further:

Britain, at least, was divided among a set of small-scale rulers, sometimes called kings (reges), sometimes tyrants (tyranny).  A patchwork of tiny polities had replaced the Roman State.

It should be noted that Tainter, most apocalyptic favorite theoretician, is probably more wrong than right on this subject.  He notes that for many of the individuals involved, that the “collapse” may not have been such a bad thing.  In this, I believe he is misjudgingadvance of the Roman Empire.  He appears to be putting it in the same league as the many garden variety large Empires that spread over vast areas, built large armies, and great monuments.  But ice cores samples, confirmed by peat bod sampling show that airborne pollution increased sevenfold during the rise of the Roman Empire.  Europe (Rome) produced nine or ten times as much copper and silver in the firs century CE as in the thirteenth century CE, with all the energy demands that implies.  Not until 11th century china did pollution levels rise back to the Roman level. Rome was different.
Many people who write end-of-the-world scenarios tend to paint these Swiss Family Robinson with AK-47 scenarios.  Tribulations, and hard ships, but in the end a much more satisfying and wholesome world for the survivors:  and those other guys either were too fat and lazy, or where evil cannibal zombie strawmen.
If our society has a collapse comparable to Romes, we would not collapse to a 18th century technology, but more likely a 16th century one.  The 16th century had a lot of large empires, slavery, and starvation.  There were not a lot of areas where happy little homesteaders lived heart of the earth lives in bucolic farming communities tending to their crops unmolested. 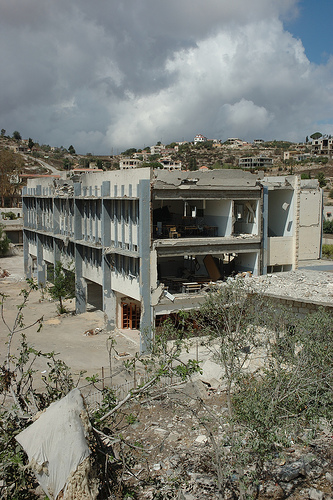