Will McIntosh’s Soft Apocalypse is a slow collapse novel set in the near future primarily in the environs of Savannah Georgia. 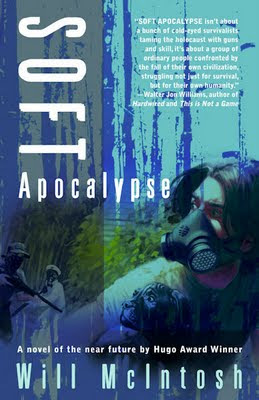