The World Ends at Hickory Hollow: A Review

Ardath Mayhar’s The World Ends at Hickory Hollow is an apocalypse in progress, early post-apocalypse novel a bit in the old school of cold war nuclear exchange scenarios.  The primary factor differing from the typical scenario is that it is set in a rural location far from the various points of impact, and on a small working farm.  Because of its title, it also seemed like a good book to end this series of reviews.
Ms. Mayar sets the novel in an area much like she lived in: Chireno, Texas.  Chireno is about 200 miles southeast of Dallas, but backs up into the Sabine National Forest.  It is not exactly nowhere, but the it is also not exactly a major transit point.  Its current population is under 500.
Ardath Mayhar has an extensive history as an author. She was born in 1930 and has been publishing since she was 15.  She wrote Westerns under the name Frank Cannon, an historical western under Francis Hurst, mountain men novels under John Killdeer, and various science fiction and YA novels under her own name.
The story is set on a small farm set just outside the tiny town of the town of “Penrose”.   The farm has no electricity.  In fact they do not even realize that the world  as they knew it had come to an end until they go into town on an errand and find it deserted.
As is common with these stories, everyone runs away from wherever they are.  Why the people in rural Texas go running into the urban areas, and the urban area people don’t run to them, is a little unclear to me.  I have always felt that the automatic response of the Mel Tappan of everyone running off to the rural areas was overstated for many apocalyptic scenarios: But not the nuclear war one.
Regardless of the logic, this does set up some scavenging opportunities.  Since they are already on a homesteading farm, and have the advice of knowledgeable elders they don’t really need too much anyway.  The main characters are wholesome small town types, so their little household does tend to grow over time.   But they manage to make it work.
Of course there is a fly in the ointment.  The Ungers.  They are low life extended clan of thieves and trouble makers, and as time goes on, it starts getting dangerous.  The confrontations with the Ungers read a little like ranching style western, but they play out reasonably well.  The action scenes are not really the highlight of the book.
The main highlight of the book, is trying to get everyone on the farm, and within the general area to act cooperatively.  Given that some people are not naturally cooperative, and others are a little stressed out, that is not always easy.  Ungers aside, not everyone cooperates.
In net, it is an entertaining book.  The troubles of group cooperation are not usually handled particularly realistically, and this book stands above many others in this regard.  It does a reasonable job of highlighting some of the strong points of life on a homestead farm in emergency situations.  But the overall scenario is a little weak in the logic to really say that it makes a convincing point. 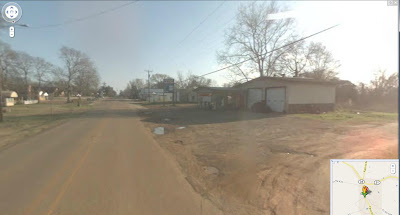 Thanks for all the reviews. I didn't comment on most of them but I did read them. Good work!!!

I will do a recap, and cross-comparison some time soon. I needed to get up all the posts up before I could do the needed cross-linking.

Unless you have read the book in question, and see an error, there is not always a lot to say on book review. Book reviews don't get big "day of posting" looks. But they never get stale either. Current politics or firearm/combat related posts probably get the highest comment totals.