Since we have been discussing Gini Coefficients (how evenly the wealth of a country is distributed), we will discuss another country with a better Gini distribution than the United States:  India.


Even as India's booming economy overflows with opportunities for the educated and well-connected, minting new millionaires by the dozen, some 800 million people toil on the dark side of the Indian dream. India's boom has lifted many people out of poverty, but it has also worsened inequality...

[T]hey curl themselves, all 15 of them, into a 13-square-meter (140-square-foot) space with peeling paint, tattered plastic bags to hold their clothes and a fan that leaves everyone sweating.

In this India, a job with the city, even if it involves killing rats, is a thing to fight for. It means security, more precious than wealth.

The competition for rat catcher jobs in Mumbai is stiff. Only men aged 18 to 30 need apply. They must be able to lift a 50 kilogram (110 pound) sack and run a few kilometers (miles). They must demonstrate their ability to catch and kill a rat in the dark within ten minutes.

Each rat catcher must kill 30 rats a night, six nights a week. If he doesn't make the quota, he doesn't get paid.

So here we have a country with some very wealthy people, 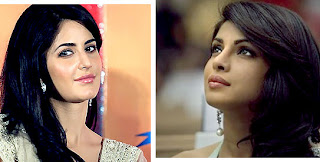 Bollywood Stars
and some very poor people (the rat catchers) and yet they still have a Gini Coefficient better than ours.

India does have its revolutions, but they tend to stay within distinct geographies and within distinct ethnic groups.  There has not been (at least that I have seen on my superficial level) a lot of cooperation with the different groups.  In addition these localized revolutions have tended to keep the main power groups solidly linked within the core ruling group of India.
Posted by russell1200 at 4:32 AM