The Eastern Native Americans had been known for their marksmanship.  They had preferred the slow loading rifles to the musket.  But hen the U.S. Cavalry faced the Plains Indians after the American Civil War they found a foe that fought in a very different foe.
From American Rifle by  Alexander Rose p 166. 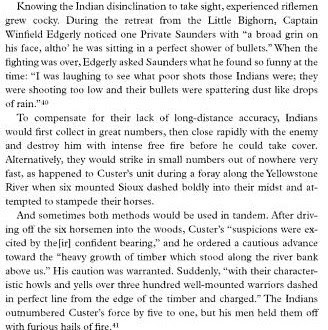 In this instance the quickly organized defensive position held of the attack.  But the cavalrymen were having a hard time fending off the Indians swarming attacks with their single shot breach loading (similar in action to a break open shotgun) rifles.  The Indians preferred to use their lever action repeating rifles at point blank range:  much in the fashion of submachine gun.
Although not as relevant to skirmish fighting, cavalry during the civil war, particularly Confederate cavalry, adopted the heavy use of repeating pistols and short double barrel shotguns to replace the sabre in inter-cavalry skirmishes.

The acceptance of the pistol by American cavalry resulted in a tactic known as the "pistol Charge" in which cavalry attacked with drawn pistols.   Louis A DeMarco "War Horse"

The point is that, as they became available, multi-fire weapons were adopted by troops who were regularly involved in close range skirmish fighting.  As range increases, the value of accuracy over volume increase;  But in close "quantity has a quality all of its own"'.
Posted by russell1200 at 4:48 AM