But Not For Long: Michelle Widgen

But Not for Long by Michelle Wildgen is a  recently release novel that takes you through the lives of three people during three days of economic collapse in Madison Wisconsin: a collapse signaled by an extended power outage.  It is written for a main stream fiction audience and has the general nuances that implies:  pretty, capable women with problems; good dialog, slow pacing , good description. Proof of this would be that they put a dog by the lake, rather than the authress with a tommy gun, on the front cover. 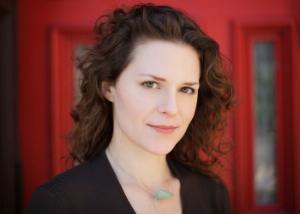 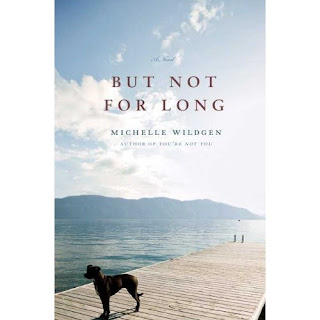 That the characters share neo-hippy housing on what would have been the tony lake front area in the center of the city, and are definitely of the NPR already sets the book apart from the usual ilk of world ending fiction.
The characters are living in that odd alternate universe of college town alternative living.  They are relatively young with the oldest being about 42.  But the book has honesty in that the characters attach a lot importance to living the low footprint lifestyle, but have a strong attachment to the “regular” world with their “day jobs.”
In fact, fairly clearly, their day jobs are some sense all require monetary inputs from the normal commercial economy to survive.  Karen, the 20-something writes for a cheese industry publication, Greta in her early 40s is a fund raiser for a small private college, and Hal in his late 30s is a scheduler/controller for a food bank-food service charity.
Although the food service is in some senses the least connected to the “real economy” it is actually in a position to see problems coming in first.
The warehouse manager being out, Hal takes a side trip to the Food Bank’s warehouse:
This is a world primarily running amok in overheating as global warming slowly takes its toll.  But there are ongoing (presumably oil induced) low intensity (nothing nuclear) wars ongoing: further draining the budget.
﻿

That pleased him.  He was whistling as he flung open the door to the main cooler, the huge cold room where all their food was housed on tall metal shelves, and his whistle had echoed off the walls. Two of the warehouse workers, in sweatshirts and puffy jackets were standing before a pallet of packaged rolls and loaves of bread.  There was a shelf of frozen vegetables, and a few stacked pallets of canned soup.  But the rest of the room, the great expanse of which was usually filled with food, was emptied.  There were some bins of produce and a few gallons of milk that only looked paltrier against such emptiness.

Throughout, the usual interpersonal bickering and politicking found within groups of people goes on.  Greta is in (unsuccessful) hiding from her drunk (non-violent fortunately) husband.  Although he nearly non-functional with his ongoing drunkenness, as a lawyer he has been the source of her relative wealth.
There is a fair amount going on at a secondary level of symbolism.  A abandoned out on the lake, is helped to swim ashore has very much more the tone of Cerberus, the crossing of the River Styx, and the entrance to the end time: Hades.
The drunken Husband is very much in line with a drunken society,  living of accumulated successes, and anticipating the final collapse.  At the end it is somewhat in the air whether, in AA terms, society had hit the rock bottom.  In the one rare instance we see the world from Will, the drunk husbands, point of view:

The fact was, you’d never know you were done till your feet touched the silt. He thought he hit that point once before, but that was different.  This sensation had turned out to be a relief. All the machinations and rationalizations he’d pent year trying to work out-it was actually very demanding not just to drink the way he did but to try and justify it, too-had fallen away it was all so simple.
Deep down, Will just felt it was unlikely that this was really it for them, for a culture that adored its structures and complexity, adored being moved and transported.  Then again, it was also such a half-assed culture in so many ways-he could imagine them having created a vast flimsy infrastructure that was only good for fifty or sixty years,, forever assuming someone else would renew and replace it.

Although the ending has some scope for optimism, the overall tone of the book would probably argue it is too little, too late.
Posted by russell1200 at 5:31 AM