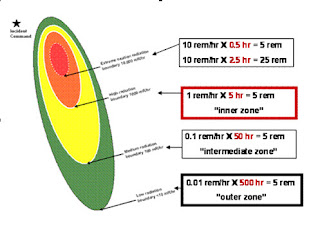 Note that it is generally thought that a does of 400 rem (external) over a short period of time will cause
death in approximately 50% of cases. So the above example would not be an instant death scenario.

A few of these weapons of terror have been built. But none to date have been successfully used.

Various events associated specifically with the attempted use of dirty bombs:


Of course with the current potential cost to bailout Wall Street estimated at a potential $4.6 trillion dollars. If they had put an RDD there in 2006, some people would cal that: A Bargain.

* the source is a little unclear as to rem limit, but the cost levels are none-the-less fairly self-obvious.