One thing to look at with these scenarios is not to take them as the militaries idea of the last word on the event. The military doesn’t apparently require advanced degrees from their officers, but they appear to strongly emphasis it. Based on their love of jargon and power point slides, MBAs appear to be one of the popular choices. A quick perusal of business books will indicate that scenario planning methods are a popular alternative to “business planning.”


One strong advantage of scenario creation and work out over business planning is that you do not need to rely on an extended sequence of events to arrive at the useful point in the exercise. As Taleb  in his book the Black Swan noted at one firm he worked at, the managers always made a huge point of the companies 5 year plan. But before even 2 years were up the plan was already way off track, and the managers were gone. They are aware that Katrina was more disruptive than 1,000 killed and 5,000 hospitalized. Their scenario is looking at a plausible uncommon, but not extreme, event that they would be called out for: call it the twenty year hurricane versus the 50 year event.

When they run their exercises, they also like to add multiple perils simultaneously in an effort to stress the command structure, and get the officers used to multi-tasking their threats. 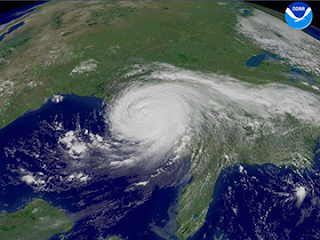