The New World of Medicine

Who am I kidding?  Us face reality?


Randall Shepherd, a 36-year-old father of three who needs a new heart after childhood battles with rheumatic fever, is one of 98 Arizonans no longer eligible for state-paid transplants after Governor Jan Brewer and the Legislature eliminated funding.... A plumber from Mesa who no longer can work, said he was next on the list to receive a heart of his size and blood type when the transplant program was eliminated Oct. 1, cutting him off from the $600,000 procedure. Now, “I wouldn’t even be notified,” he said in a telephone interview, his breathing labored. 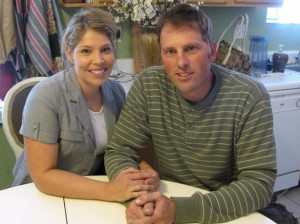 And he is not the only one
Francisco Felix, 32, a father of four who has hepatitis C and is in need of a liver, received news a few weeks ago that a family friend was dying and wanted to donate her liver to him. But the budget cuts meant he no longer qualified for a state-financed transplant.
“Arizona has been doing what Obamacare has promised,” Senseman said. “It’s unsustainable. Neither the states nor the federal government have the ability to pay for it.”  Across the country, states have restricted benefits to their Medicaid programs, according to a 50-state survey published in September by the Kaiser Commission on Medicaid and the Uninsured. But none have gone as far as Arizona in eliminating some transplants, which are considered optional services under federal law.
Arizona closed a $3 billion budget deficit this year by raising the sales tax, selling public buildings such as its legislative offices and taking money from a rainy-day fund, State Rep. John Kavanagh said.  From Christopher Palmeri, Pulling Plug on Grandma Puts Obamacare Opponents on Defensive , Bloomberg, December 12, 2010.

Such high drama is unfolding regularly here as more and more of the roughly 100 people affected by the cuts are becoming known: the father of six who died before receiving a bone marrow transplant, the plumber in need of a new heart and the high school basketball coach who struggles to breathe during games at high altitudes as she awaits a lung transplant.
He was prepared anyway at Banner Good Samaritan Medical Center as his relatives scrambled to raise the needed $200,000. When the money did not come through, the liver went to someone else on the transplant list.
“I know times are tight and cuts are needed, but you can’t cut human lives,” said Mr. Felix’s wife, Flor. “You just can’t do that.”

The article leaves out the problematic nature of Medicare payments for organ donations that have been recognized for some time.  The coverage started in a small way in 1974, but has been increasing at a rapid pace since that time.

It is also odd that coverage has been extended to the unemployed, disabled, and elderly but not the otherwise ably employed.  As medical costs have ballooned they have the potential to financially wipe out almost anyone on the receiving end treatment.  The very large co-pays associated by with the junk policies equate to financial destitution for all.
NPR had a report today talking about a 59 year old boomer in San Francisco who has been unemployed for some time and is $94,000 in debt after paying for the medical costs associated with a heart attack.  Just how exactly is he supposed to dig his way out of that hole by the time (that the heart attack will probably necessitate) he retires?
Somewhere the numbers don’t add up.  The Bloomberg article states that there will be $800,000 in the first year, and $1.4 million next year.  But with a supposed 100 people that are waiting for organ donations, a $1.4 million dollar annual cost only equates to $14,000 per person in organ costs.  My broken leg 15 years ago cost more than that.  If the $600,000.00 price tag was more universally true, than the savings would be closer to $60 million.
The whole discussion is typical of how difficult it is to get straightforward discussion about health care costs.  At any point there are cut backs, a photogenic (versus typical) candidate will be wheeled out and great hand wringing will occur of the denial of their right to live forever.
Posted by russell1200 at 5:41 AM