Cannibalism 3½ Lessons to be Learned

Since we had so much fun in the Ukraine, lesson ran into three parts.

So what bullet points can we take from this:


When the Lamb opened the fourth seal, I heard the voice of the fourth living creature say, "Come!" I looked and there before me was a pale horse! Its rider was named Death, and Hell was following close behind him. They were given power over a fourth of the earth to kill by sword, famine and plague, and by the wild beasts of the earth. 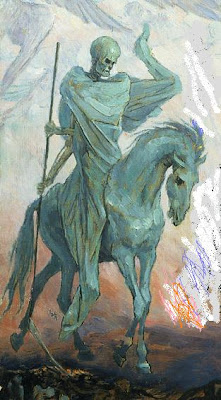